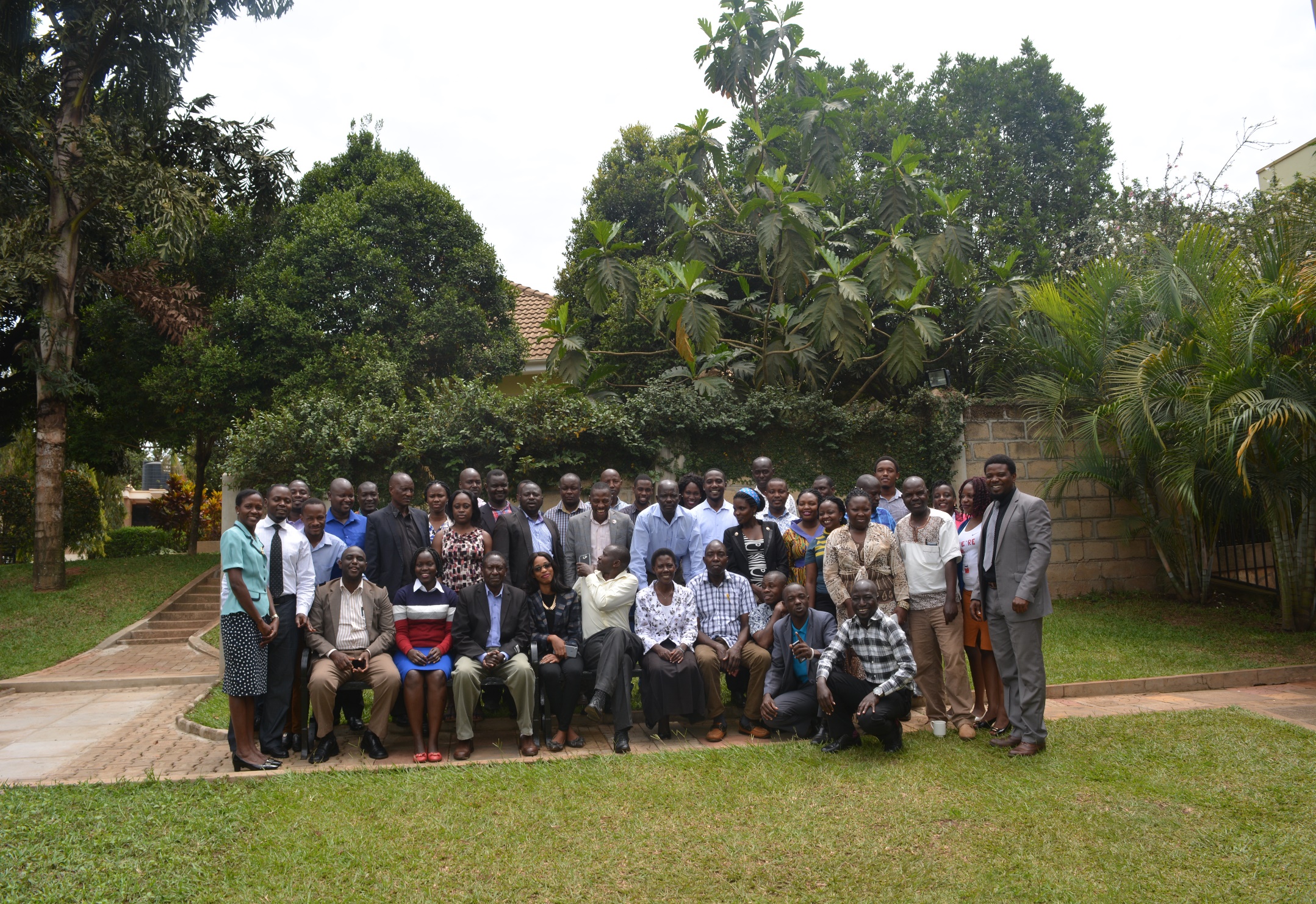 General Assembly
In line with our MoU, the CSCO general assembly is the topmost decision-making body of the coalition. The assembly convenes at least once every year to assess performance and makes strategic decisions regarding the coalition’s work. The general assembly also elects leaders of the coalition, formulates and adopts plans for the coalition. Each member organization is represented by official representatives to the coalition.
Group photo of CSCO members at a General Assembly meeting in 2018
Steering Committee
The steering committee supervises the secretariat regarding the direction of the coalition’s operations. This committee is elected by the general assembly from amongst eligible member organizations. The steering committee comprises of the Chairperson, Alternate Chairperson, General Secretary, three committee members and the host institution in line with a Host Institution Agreement. The term of office of the steering committee is two years.
Thematic Groups
For efficient implementation of intervention and operations, CSCOs membership works through four thematic areas:
• Environment and other Natural Resources
• Petroleum Revenue Tracking
• Policy, Legal and Governance
• Oil Justice, Gender and Human Rights
Each thematic group is under the leadership of a thematic leader who is also elected from amongst member organizations for a two-year term.